After several years of planning, Roxbury Community College opened its doors on September 10, 1973, to 400 students. The first temporary home of RCC was located at 460 Blue Hill Avenue, in a building that used to be the home of a car dealership. 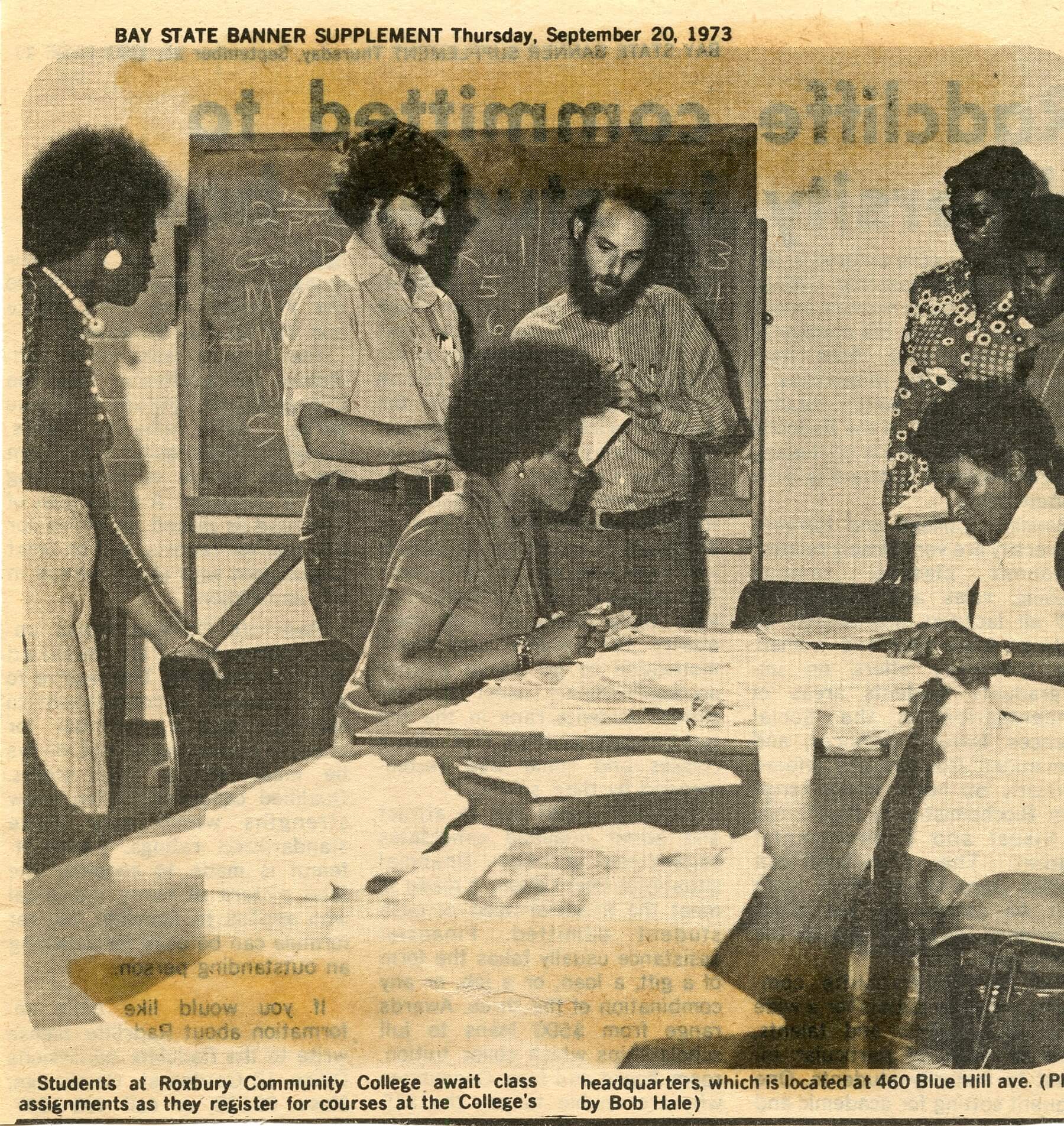 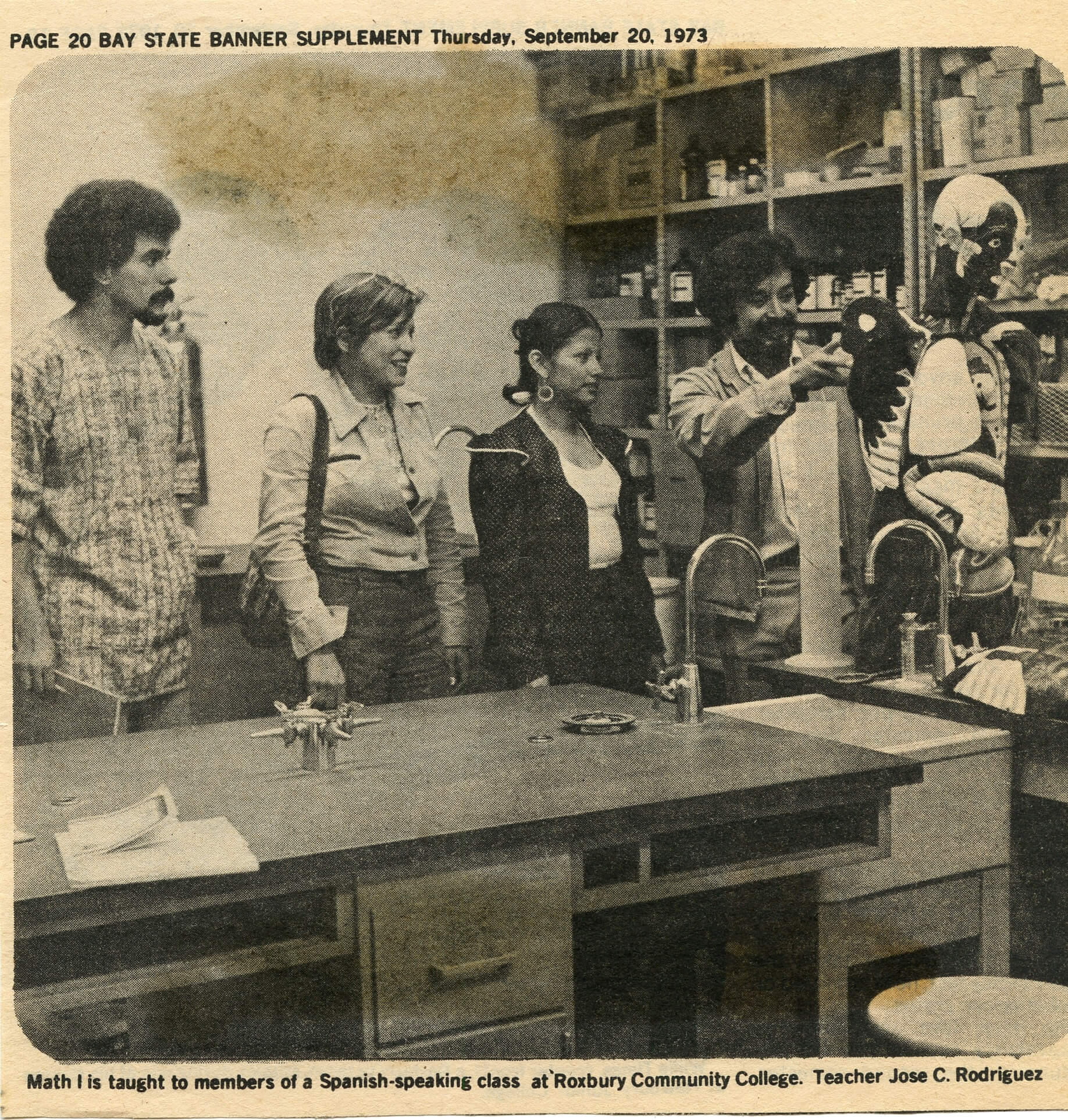 The Bay State Banner featured Roxbury Community College in their 1973 education supplement. These images show students registering for the first classes at RCC as well as faculty working with students in class. 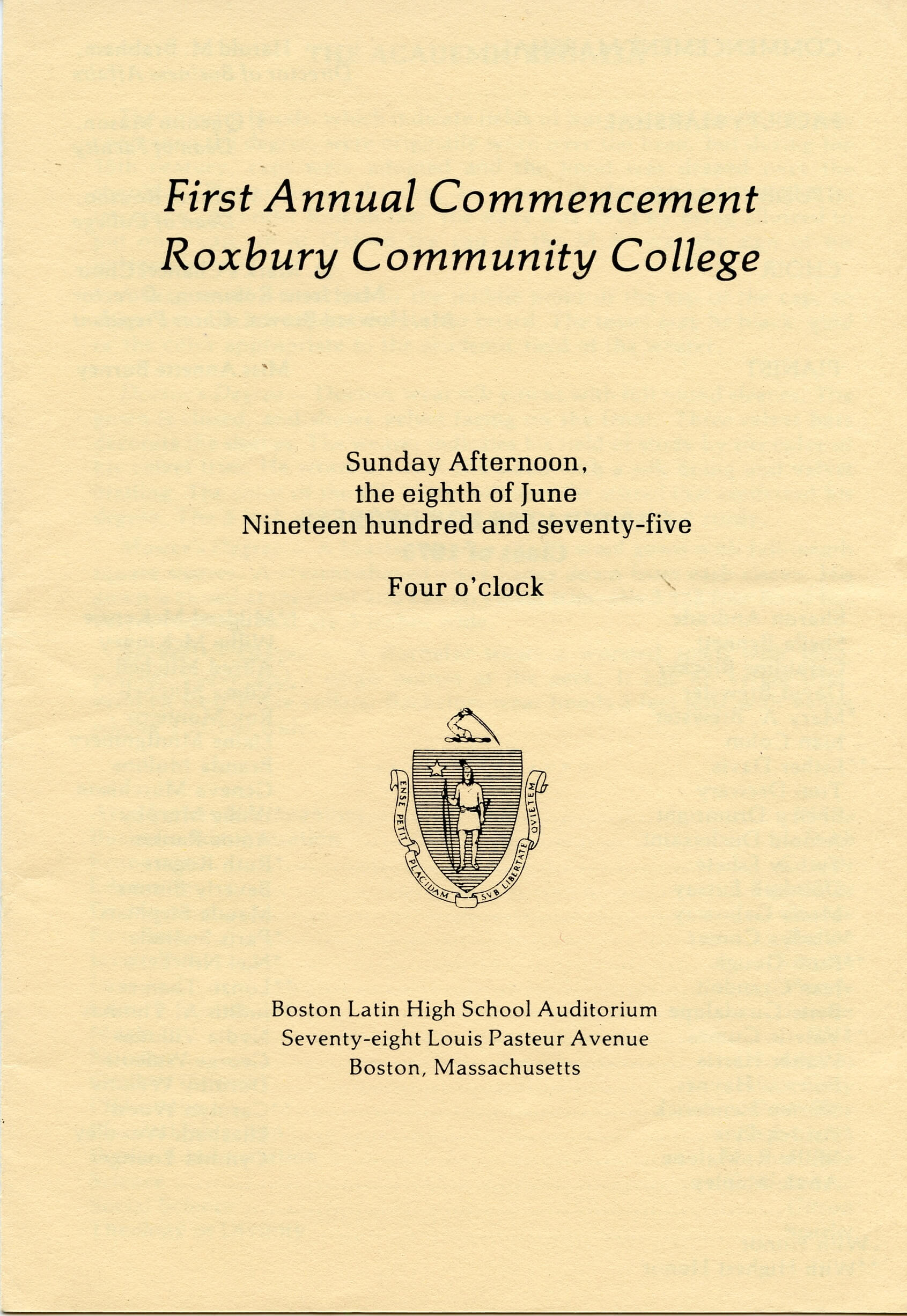 Program for the first commencement held for RCC students, June 8, 1975 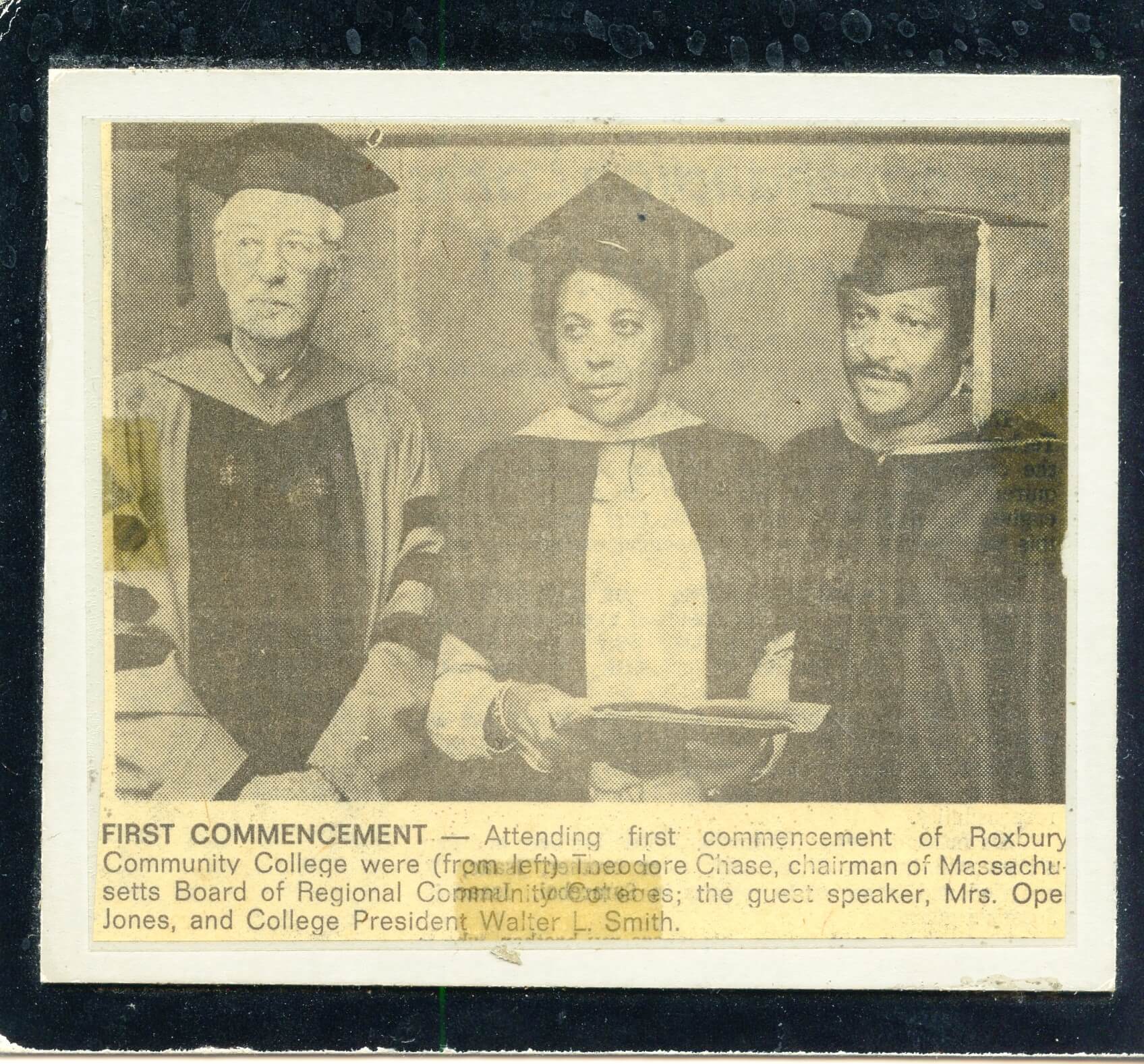 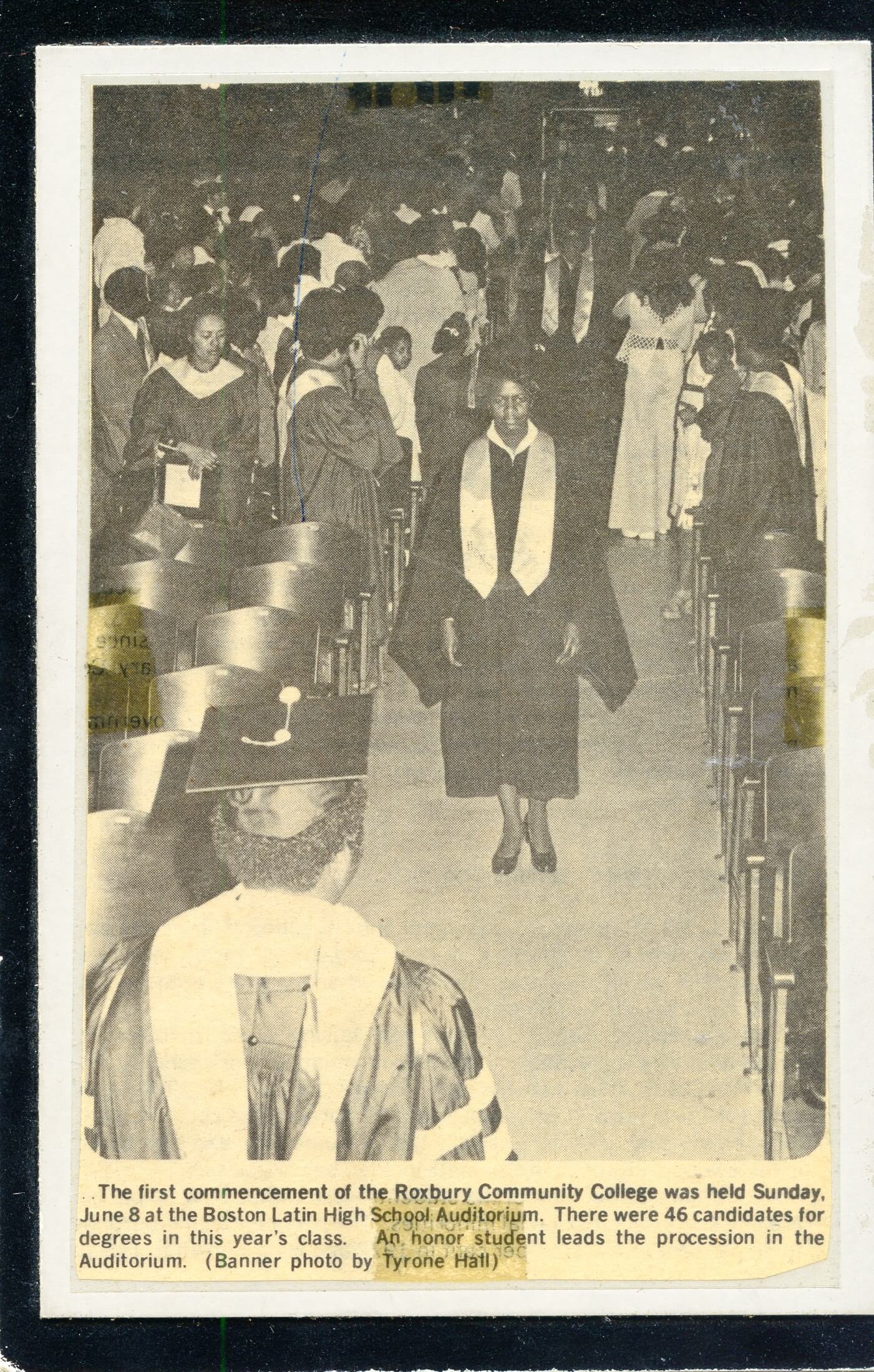 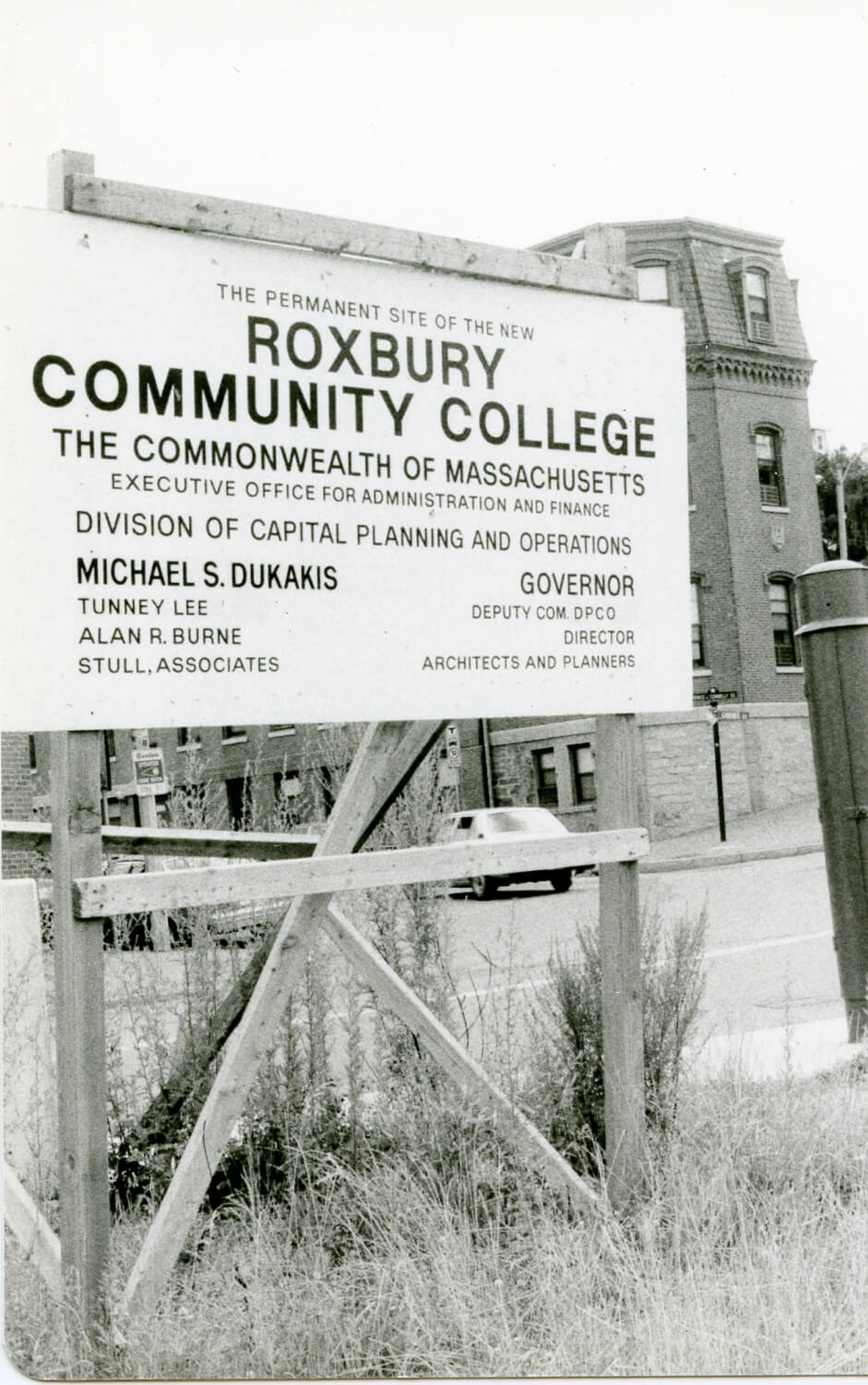 For more than a decade, RCC moved from one temporary home to another.

In 1973, the college opened at its Blue Hill Avenue location.

Finally, in 1977, The MBRCC approved a permanent site on the Southwest Corridor. But before RCC could claim its new home at Roxbury Crossing, the school moved one last time to Huntington Avenue.