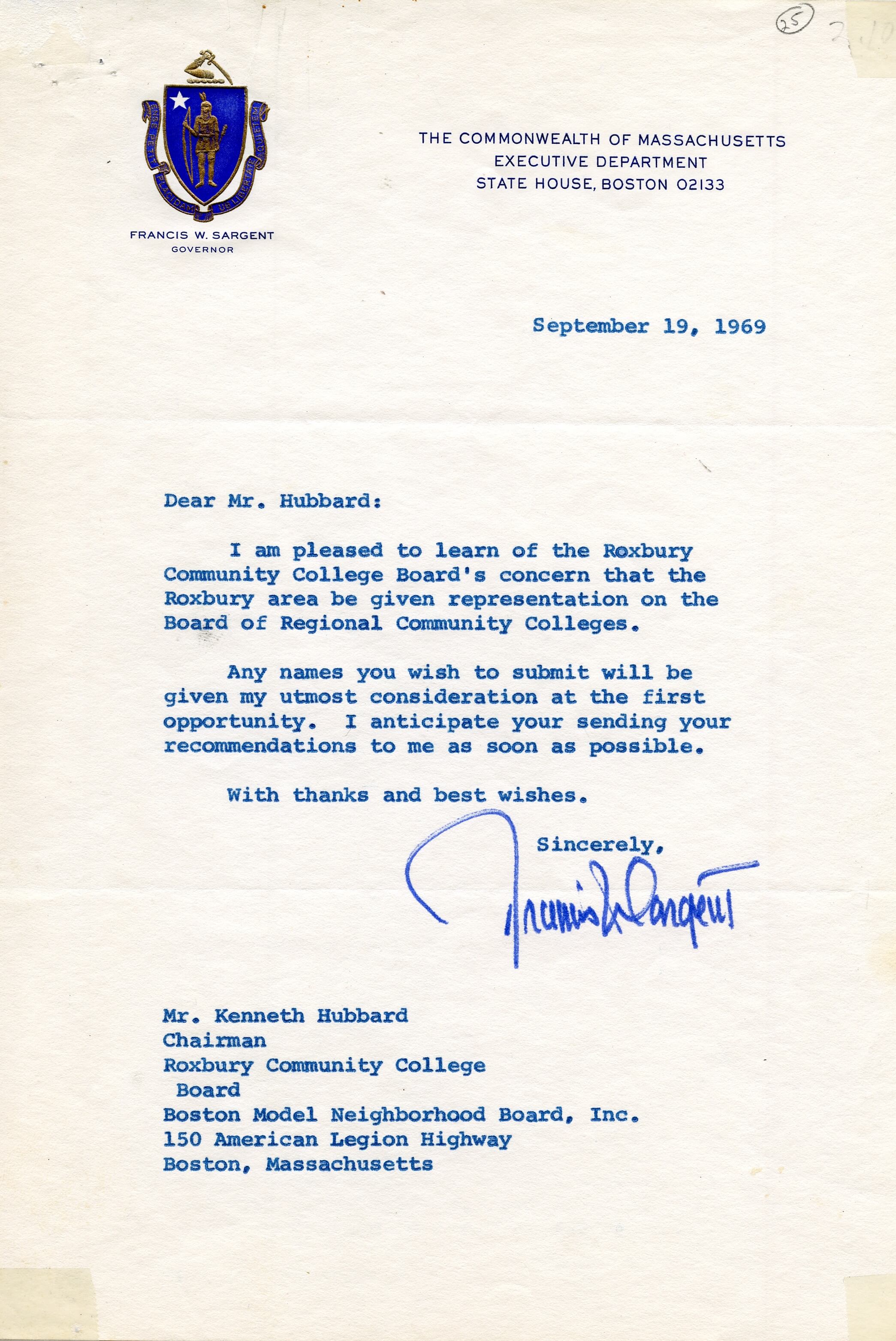 For decades, Black community organizers and activists had called attention to Boston’s need to provide better educational opportunities for residents of color. Organizations like the Boston Black United Front in Roxbury pooled resources to create community education programs. Finally, on July 1, 1968, the Massachusetts legislature approved the establishment of a community college for the Roxbury neighborhood of Boston.

Local activists formed the Roxbury Community College Board (RCCB) in 1969, quickly establishing the group as a strong-willed and community-driven organization. The RCCB hoped to create a school that would serve the needs of Boston’s Black community, prioritizing African American studies and the role of the community in leading the college. The RCCB worked with the all-white Massachusetts Board of Regional Community Colleges (MBRCC) during the initial planning stages for the college. Over the years, the two groups would frequently clash as the RCCB struggled to maintain community control over the college. 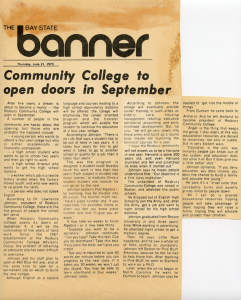 Tensions came to a head when, in 1970, the MBRCC elected Dr. Lawrence Johnson as president of the college and decided to rename the school Franklin Park Community College, both without consulting the RCCB. These decisions violated a previous agreement between the parties that guaranteed the RCCB would approve decisions related to college operations.

Finally, on December 8, 1972, after the RCCB fought for recognition, the college was renamed Roxbury Community College.