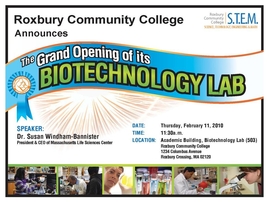 Flier for the Grand Opening of the Biotechnology Laboratory at Roxbury Community College on February 11, 2010

The grand opening of the new biotech lab on February 11, 2010, was a demonstration of RCC’s commitment to the science and biotechnology fields.

Life Sciences Center President & CEO Susan Windham-Bannister acted as the keynote speaker and also had the privilege of cutting the ribbon to officially open the space. The facility was designed to provide students in the biotechnology and biomanufacturing fields with valuable lab skills in a state-of-the-art facility.

Already part of the Achieving the Dream network, in October 2011 Roxbury Community College was recognized as a Leader College, a distinction awarded to institutions particularly dedicated to student success. 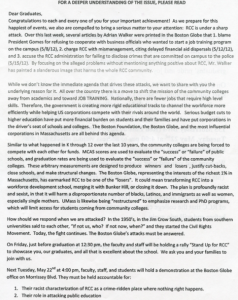 On May 18, 2012, in response to criticisms brought forth by a Boston Globe writer, RCC students and staff held a “Stand Up for RCC Rally”.

While this rally’s focus was on the Globe’s portrayal of RCC, many other stories covered the variety of challenges faced by the students, staff, and community of Roxbury Community College. 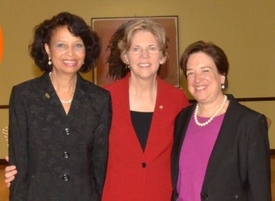 In a momentous occasion for all of Massachusetts, U.S. Senator Elizabeth Warren held a ceremonial swearing-in at Roxbury Community College on January 5, 2013. As the first woman ever elected to the U.S. Senate from Massachusetts, Warren wanted to give the people who elected her a chance to participate in the occasion. 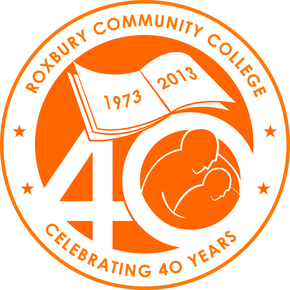 2013 marked Roxbury Community College’s 40th anniversary! Some of the events to mark this anniversary included a Roxie’s Valentine’s Day Bazaar to support student scholarships, a Women’s Tea, a Unity Day including an educational panel about the future of community colleges, and an anniversary gala with dinner and dancing. 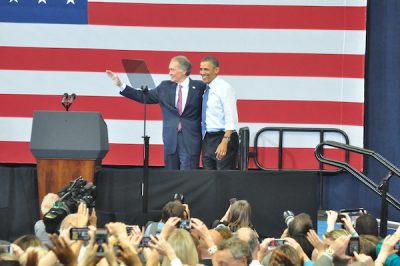 Obama and Markey greet the crowd at the Reggie Lewis Center

In 2013, President Obama visited RCC to speak at a rally in support of Ed Markey, who was then running for Senate. The President addressed a large crowd of constituents at RCC’s Reggie Lewis Track and Athletic Center. The Reggie Lewis Track and Athletic Center celebrated its 20th anniversary with a gala event in 2015, raising $150,000 to begin an endowment to fund and manage the center. The next year, in 2016, the women’s basketball team won the NJCAA National Championship. Three players were also honored with individual awards, and the team’s success was recognized by the city of Boston with a Duck Boat tour from RCC to City Hall (shown to the right). 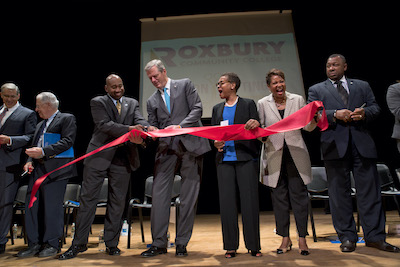 In 2017, RCC saw the completion of several major renovation projects throughout the campus. There were extensive improvements made to the Media Arts Center (Building 1), the Academic Building (Building 3), and the Health Sciences Building (Building 4), which now features the Timothy Smith labs, a mock hospital and nursing simulation lab, and other health sciences equipment. As the first significant renovations to the campus infrastructure since the 1980s, the work was long-awaited and was met with much excitement from staff and students alike. 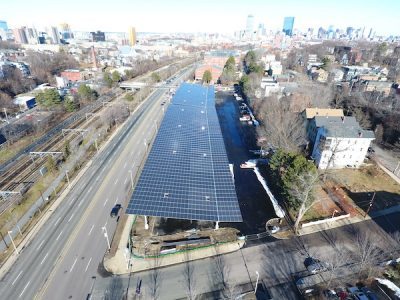 The improvements built through 2016-2017 included a 3,000-panel solar canopy, geothermal wells, and campus-wide lighting enhancements. In October 2018, President Roberson received a Leventhal Award from A Better City on behalf of the college, recognizing her as “a leader and innovator who has made significant contributions” in the field of sustainable and environmentally friendly development. 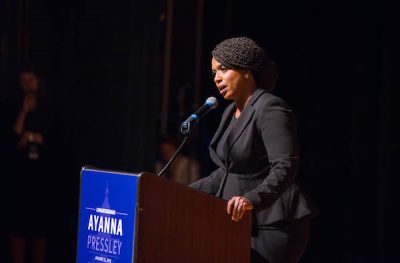 Ayanna Pressley, the first Black woman elected to the House of Representatives from Massachusetts, was sworn in during a community ceremony at RCC in January 2019. Pressley’s speech afterwards expressed the need for justice, equity, and inclusion.